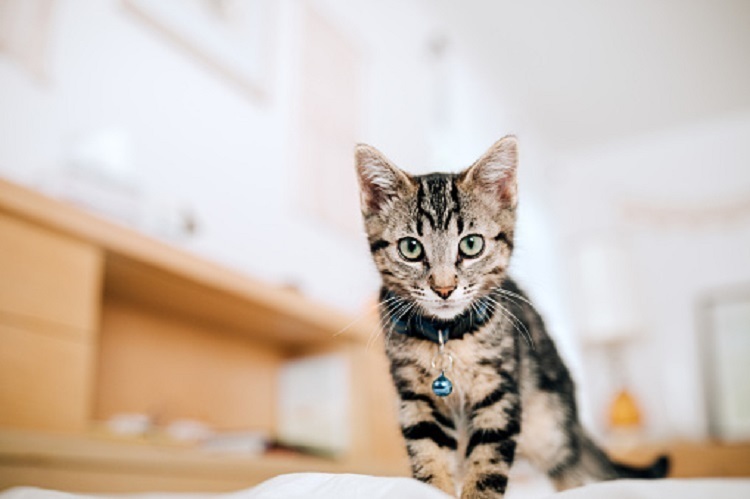 As a pet, your cat will at times manifest weird behavior, reasons for some of which you would not be able to understand at all. However, as the owner of the pet, it is important that you notice such behavior well as your cat is basically trying to communicate something with the help of these manifestations.

When a cat is angry

Usually, cats have a tendency to clean their litter by dumping soil or something else on the litter. However, if you find that your pet is not doing so for some time, in most likeliness it is angry and is not willing to co-operate with you. For such cases, you would possibly need to soothe her out by talking gently to her and patting her well. Also, to ensure that your pet does not get infected by the uncovered poo, it would be good if you could get an automatic cat litter box that will clean the litter even if your angry cat does not do so.

If you find your cat doing potty outside the automatic cat litter box, it is time for you to understand that your feline friend is very angry and wants to teach you or someone a lesson for some punishment that was given to the cat by that person.

When it is afraid

Cat hissing is something that most people associate with the anger of the animal. But the truth remains that cats hiss not only when they are angry, but also when they are afraid of something. A hiss can be triggered if the cat feels threatened due to any object or animal that has been added to the house in recent times.

Another cozy act of your cat is that it will be sniffing your face quite often. This act is basically the symbol that your cat is trying to get familiar with you and wants to know you as much as possible. The pet is basically trying to show its warmth towards the person whose face is being sniffed by it. Let her do it as much as it can as the more the animal would sniff your face, the more it will get familiar with your scent and you.

What do you do when you want a hug from your loved one? You stretch your arms and invite the person for a tight hug. So does your cat by getting into the tummy up position. When a cat has its stomach up in the air, it means that it wants a good rubdown from its owner. Play with her as much as you can during this time as this is the time that she is most happy and will give you as much love as possible.

The change in behavior of cats can be a symbol of diseases they are suffering from. The variation in behavior works as an indicator for the expert vet, representing that something bad is going on inside or outside pet’s body. You can learn about the Kennel Cough, which is one of the mostly reported diseases these day, by visiting this link: catssavetigers.org

Like humans, all animals and especially cats are governed by a series of emotions that get triggered by various things that happen in the surroundings. Anger, happiness, worry, fear are as common to be experienced by a cat as like a normal human being. Hence we need to understand the gestures of our feline friend and act accordingly to suit its mood for some time.

Find Your Best Pet through the Dog Selectors

3 Signs That Your Cat Loves You

What You Need to Know about Pet Insurance

How To Choose The Right Business Analytics Tool For Your Requirements

Samantha Bigno Nov 14, 2022 0
As a business proprietor, you know that data is essential to making informed opinions about your company. But with…
General

Amazing Things You Can Do in Loranocarter+Oregon!